A passive infrared sensor (PIR sensor) is an electronic sensor that measures infrared (IR) light radiating from objects in its field of view. They are most often used in PIR-based motion detectors. PIR sensors are commonly used in security alarms and automatic lighting applications.PIR sensors detect general movement but do not give information on who or what moved. For that purpose, an active IR sensor is required.PIR sensors are commonly called simply "PIR", or sometimes "PID", for "passive infrared detector". The term passive refers to the fact that PIR devices do not radiate energy for detection purposes. They work entirely by detecting infrared radiation (radiant heat) emitted by or reflected from objects. 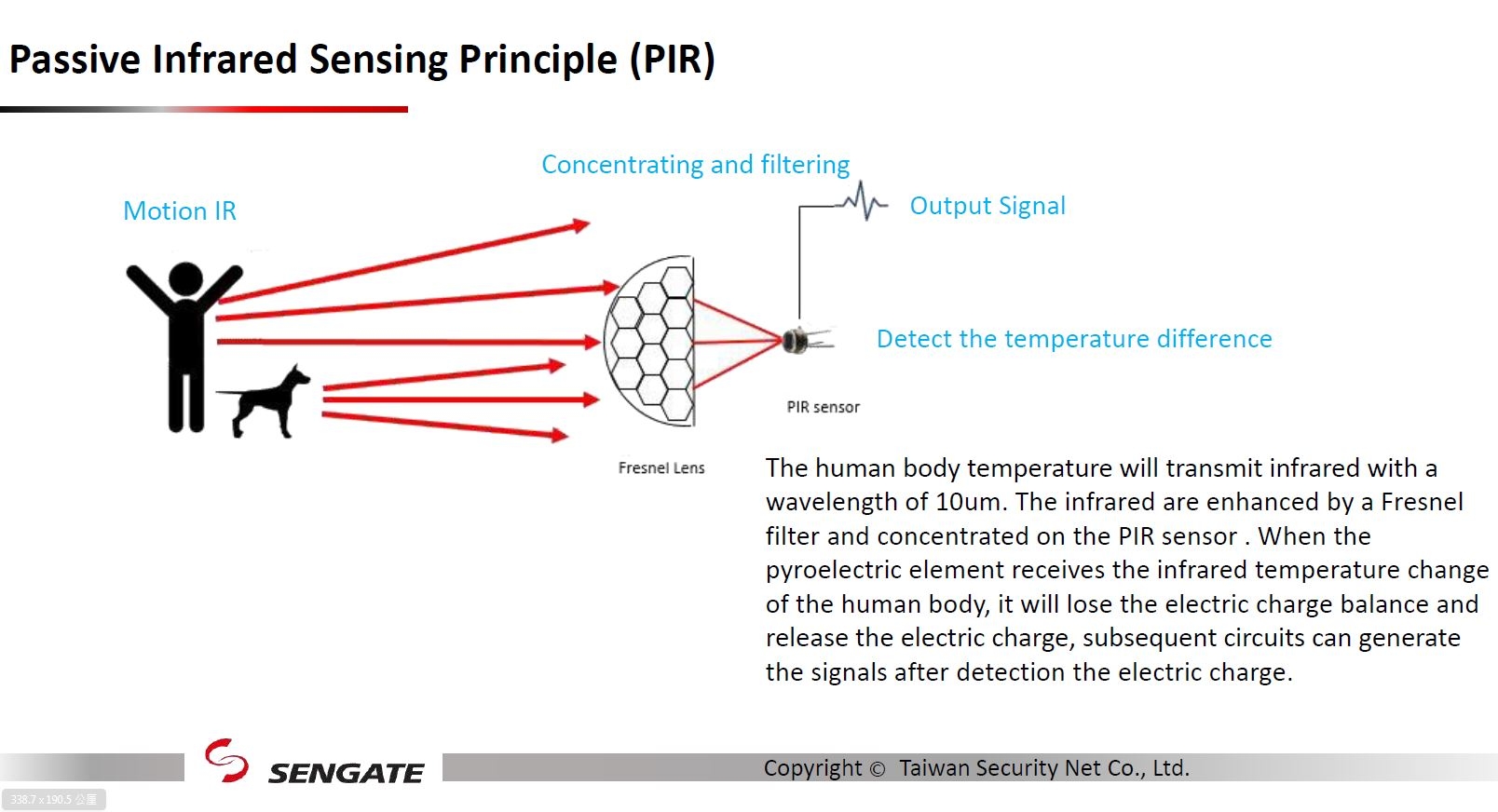 Back
This site uses cookies to collect the necessary user browsing behavior so that we can provide you with a better browsing experience. Browse this site, which means you agree with "online privacy declaration."
× Close